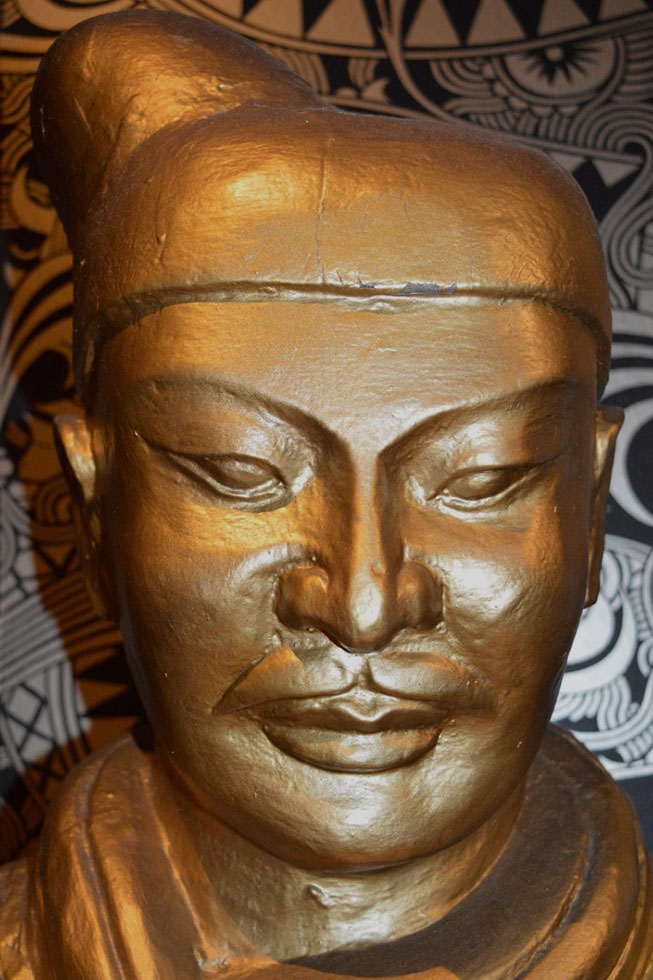 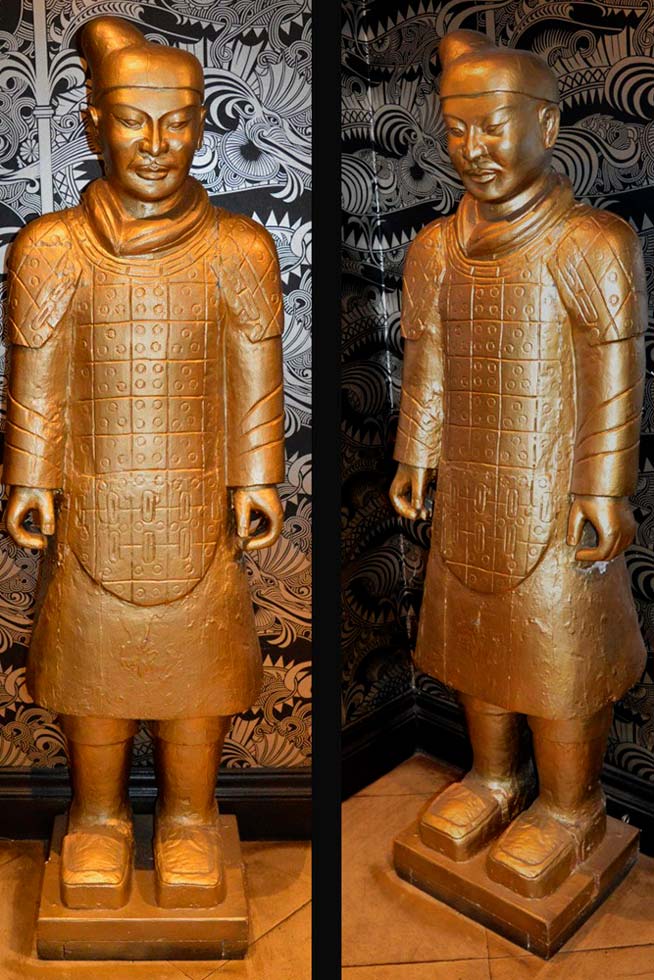 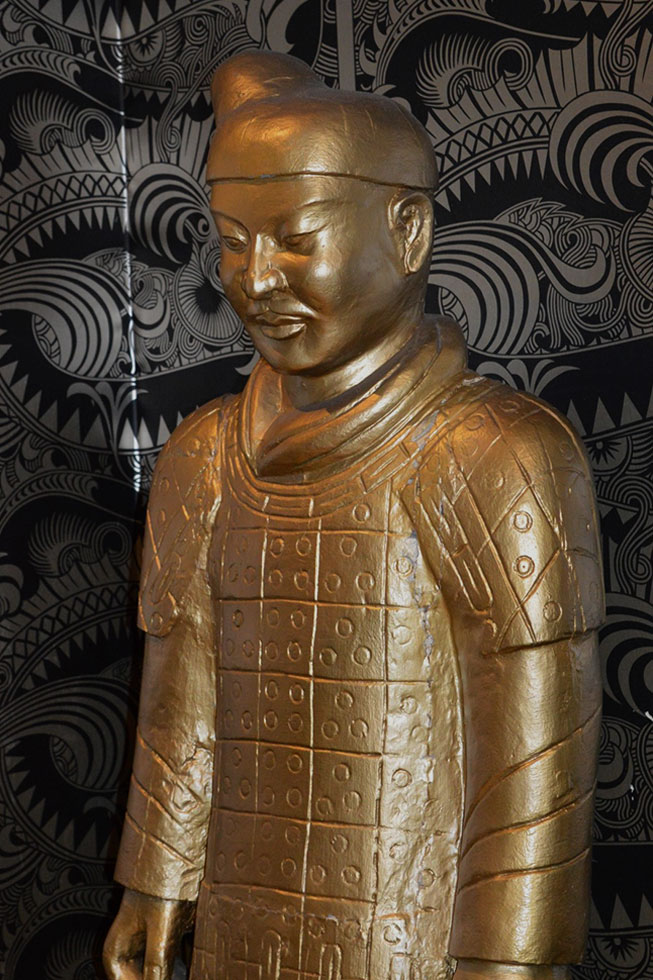 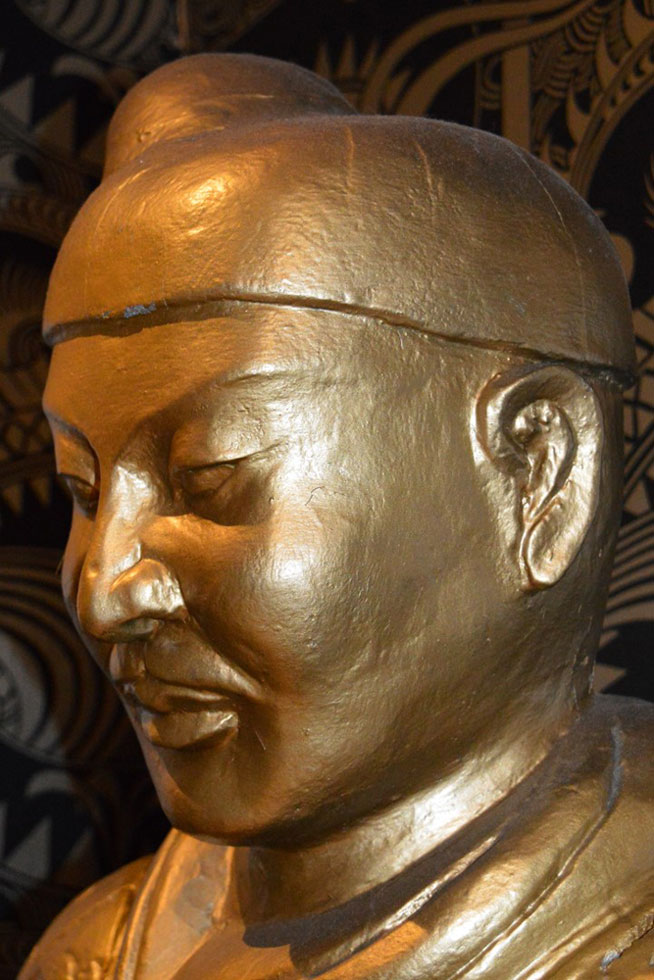 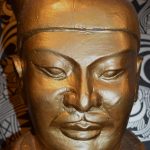 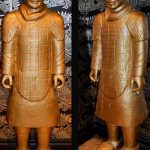 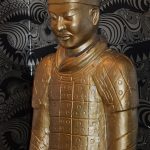 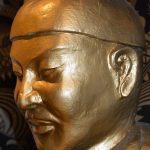 Amazing life size statue 6.2ft tall. Wooden construction finished in gold paint.
If you like this item let us know and we will endeavour to find another perfect piece for you.  Just fill the instant enquiry form.

This amazing life-size replica of the Terracotta Army Officer’s Statue has been made from solid antique wood and finished in gold paint.

The Terracotta Army was discovered in 1974 by Yang Peiyang, a peasant farmer, whilst digging for a well in the fields at Xiyang. At a depth of 4 metres the farmers found pottery fragments, followed by the pottery torso of a man.

To date more than 8000 warriors and horses were unearthed, along with over 100 wooden chariots. According to archaeologists the soldiers form a part of an elaborate mausoleum created to accompany the first emperor of China into the afterlife.

Terracotta Warriors are the ultimate Feng Shui earth symbol. They represent bravery and offer protection against misfortune and bad influences.