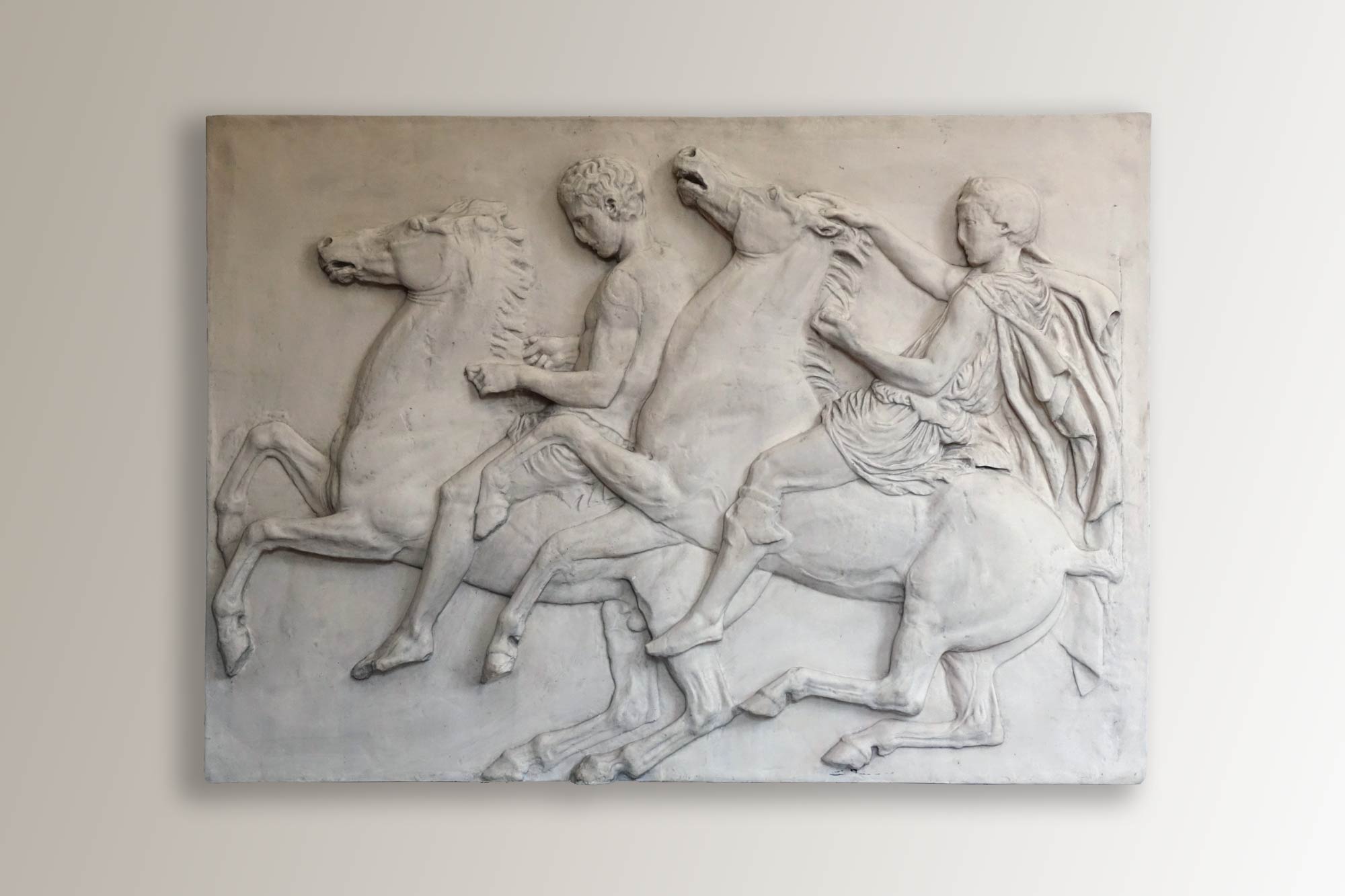 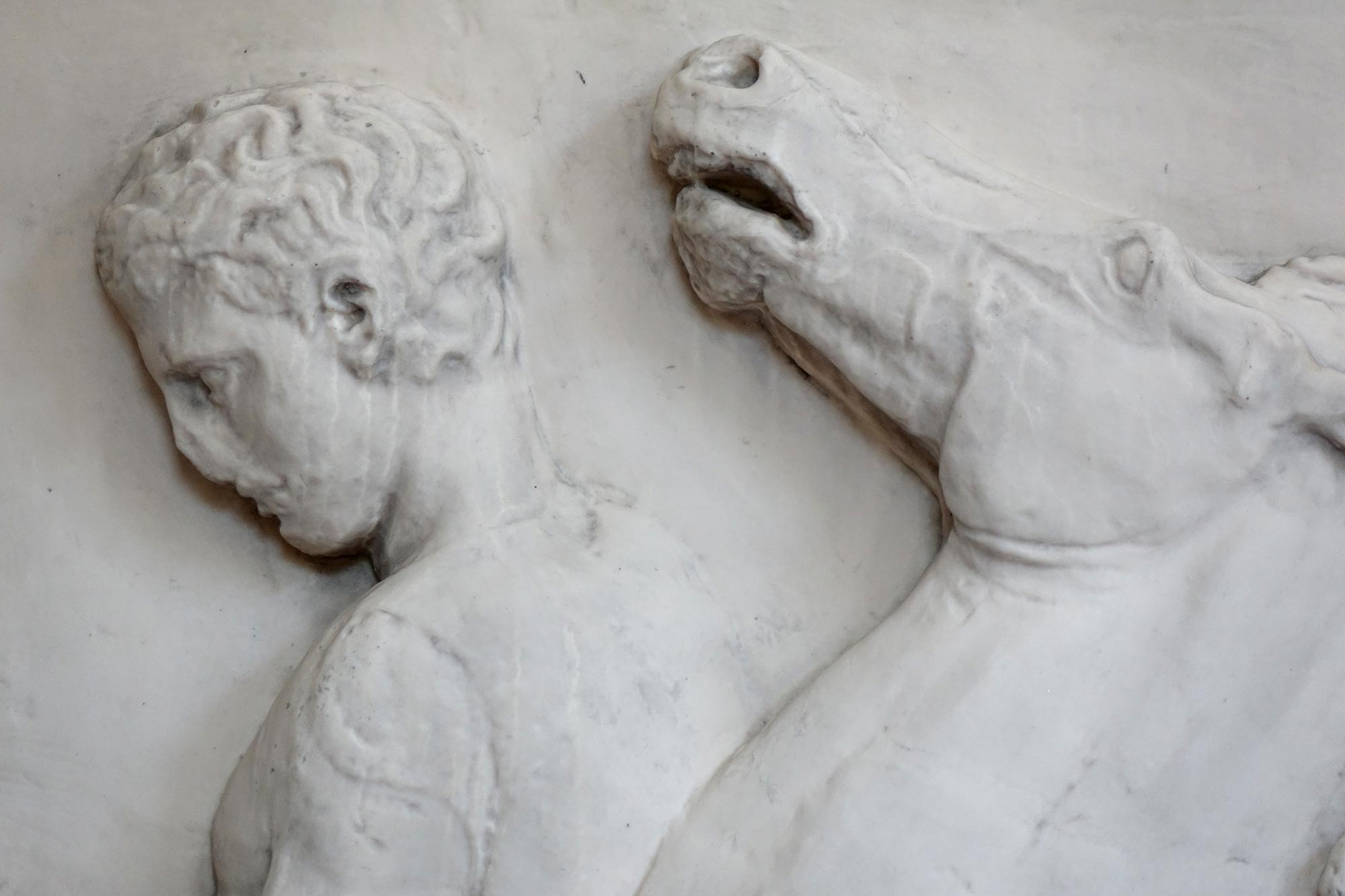 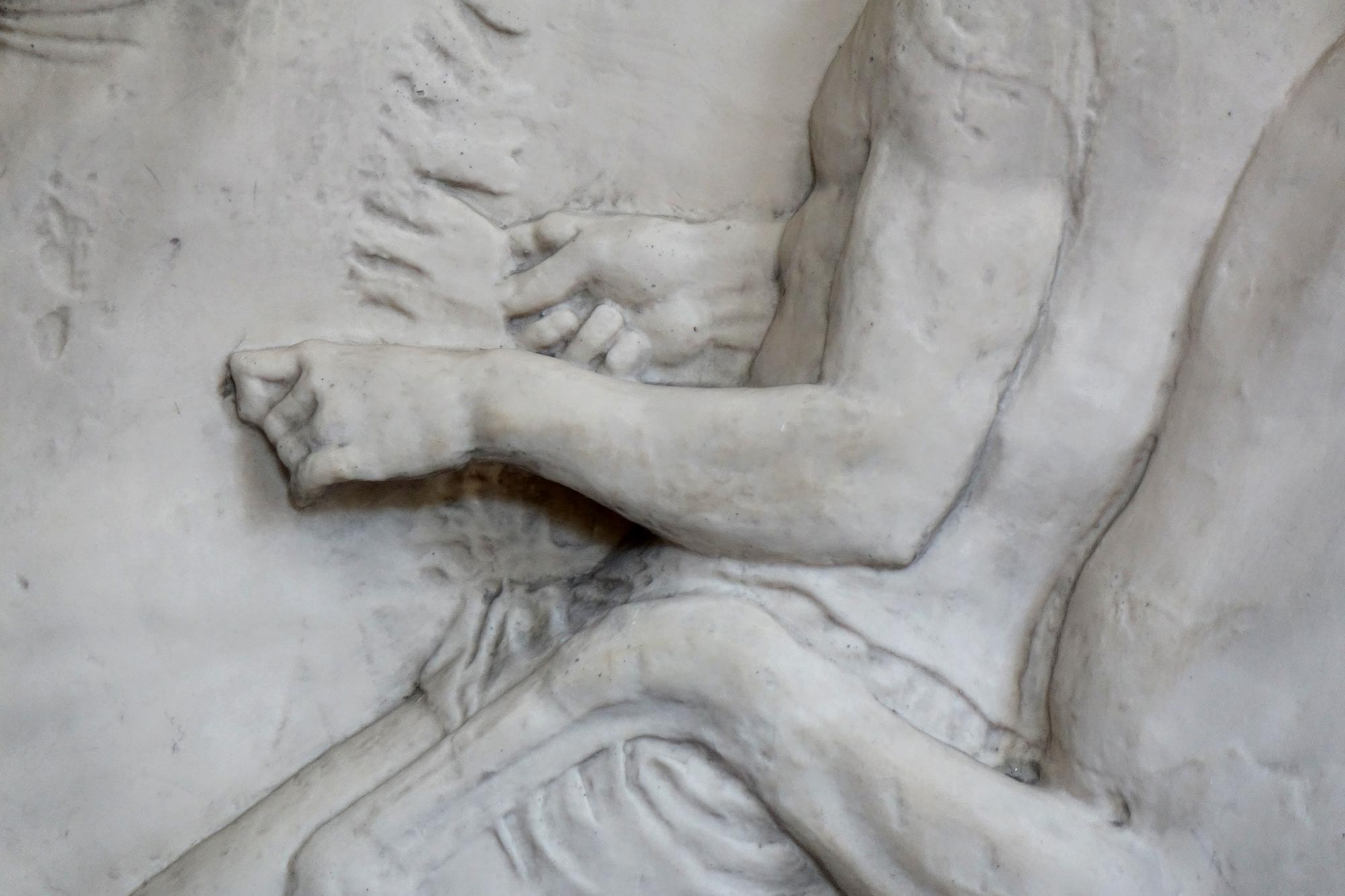 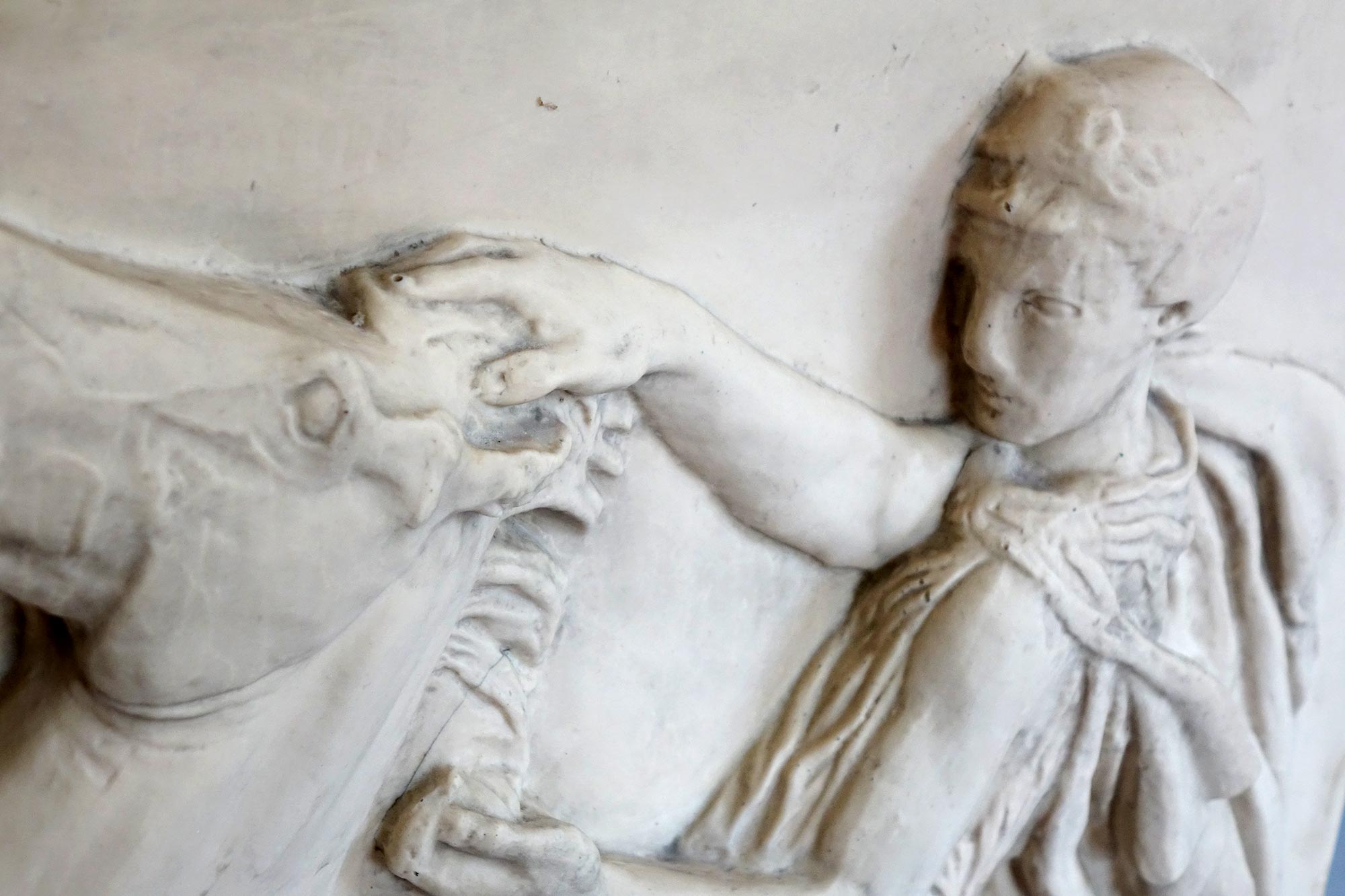 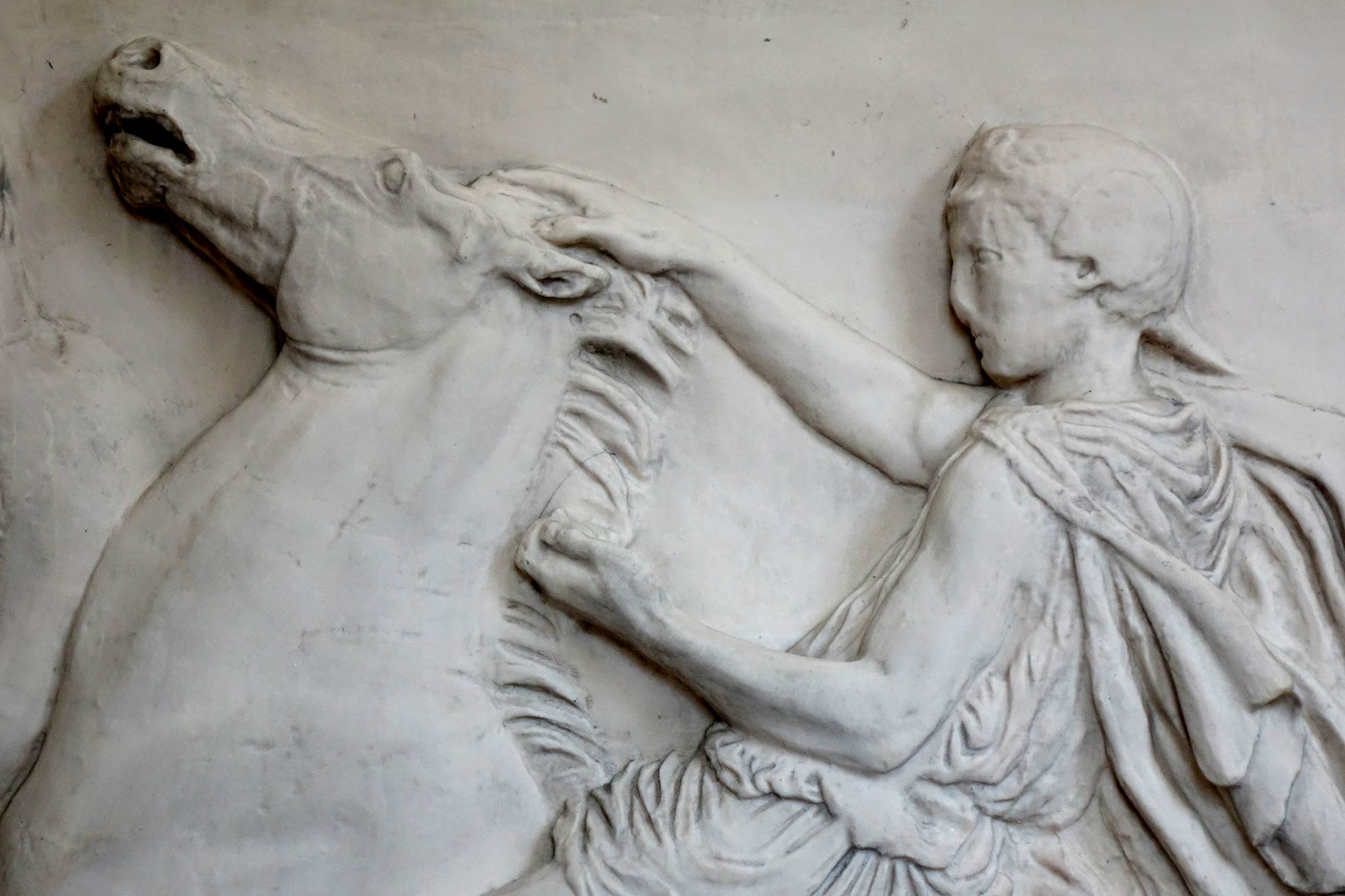 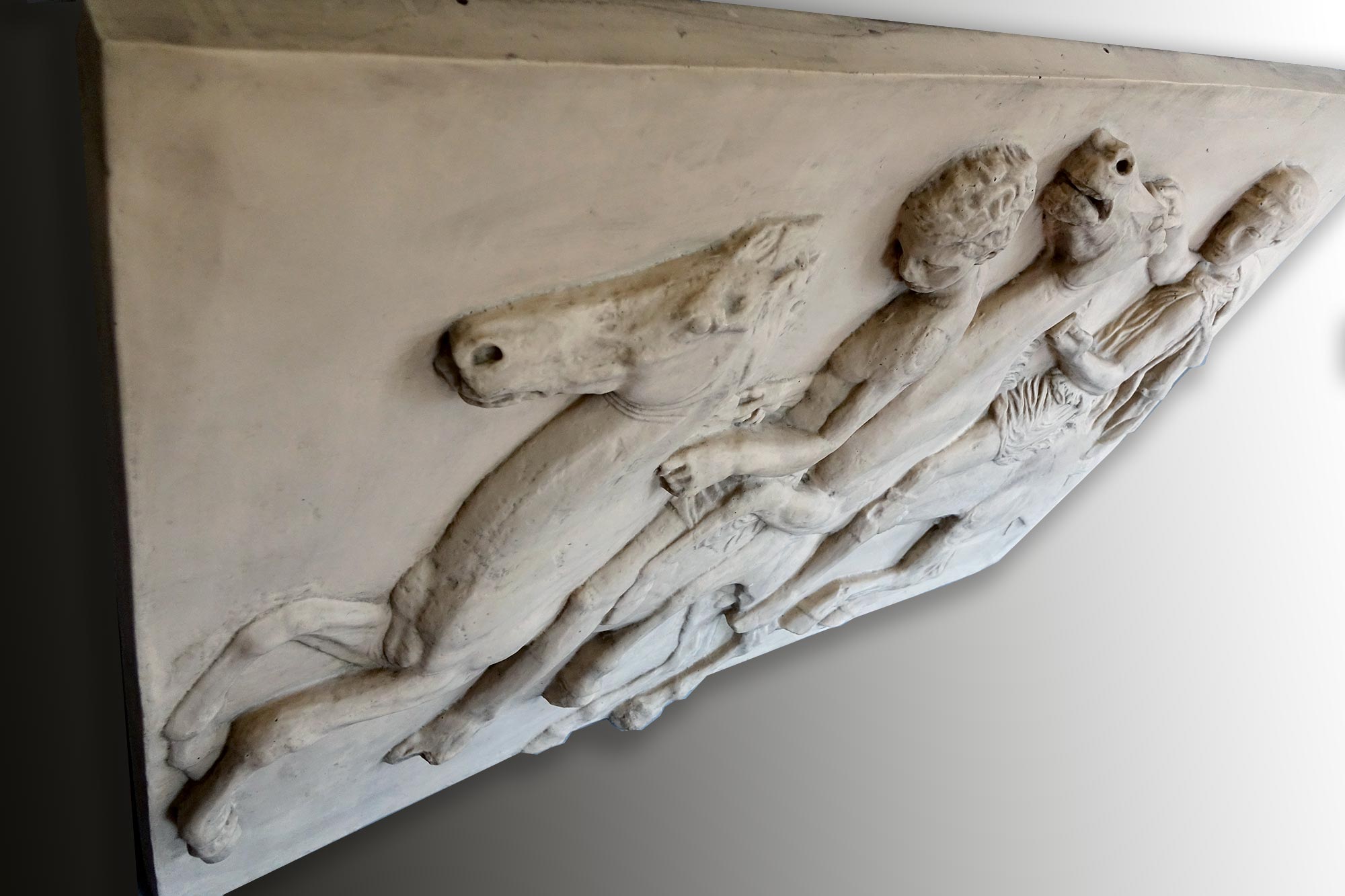 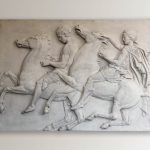 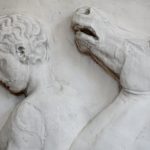 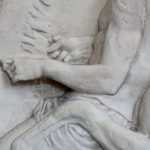 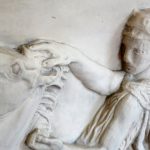 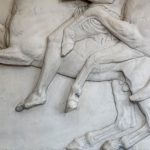 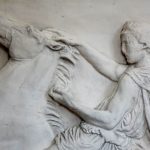 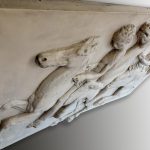 Large sculptural low-relief from the West facade of the Parthenon Doric Frieze cast in patinated resin.

If you like this item let us know and we will endeavour to find another perfect piece for you.  Just fill the instant enquiry form.

A sculptural low-relief from the West façade of the Doric Frieze cast in patinated resin after Panel X, figures 18-19 – two horsemen, wearing tunics and reining in their mounts, the second gripping his hoarse’s mane, a cloak billowing from his shoulders.

The original panel may have been sculpted by Agorakritos from Paros, pupil of the sculptor Phidias. One of the 5th Century BC Pentelic marble originals held in the Acrolpolis Museum, Athens.

The Parthenon temple was built on the Acropolis in Athens between 447 and 432 BC. Its construction was part of a series of major works undertaken in the aftermath of the Persian Wars (490-480 BC) and the destruction wrought by the Persians. Pericles, who dominated Athenian political life from 464 to 429 BC, entrusted the overseeing of the Parthenon’s construction to the sculptor Phidias, who worked with the architects Iktinos and Kallikrates.

The large low relief sculpture reproduced here, is from the Doric Frieze of the Parthenon which comprises only one of the three main sculptural series on the temple exterior.

Sold in a great pre-owned condition. 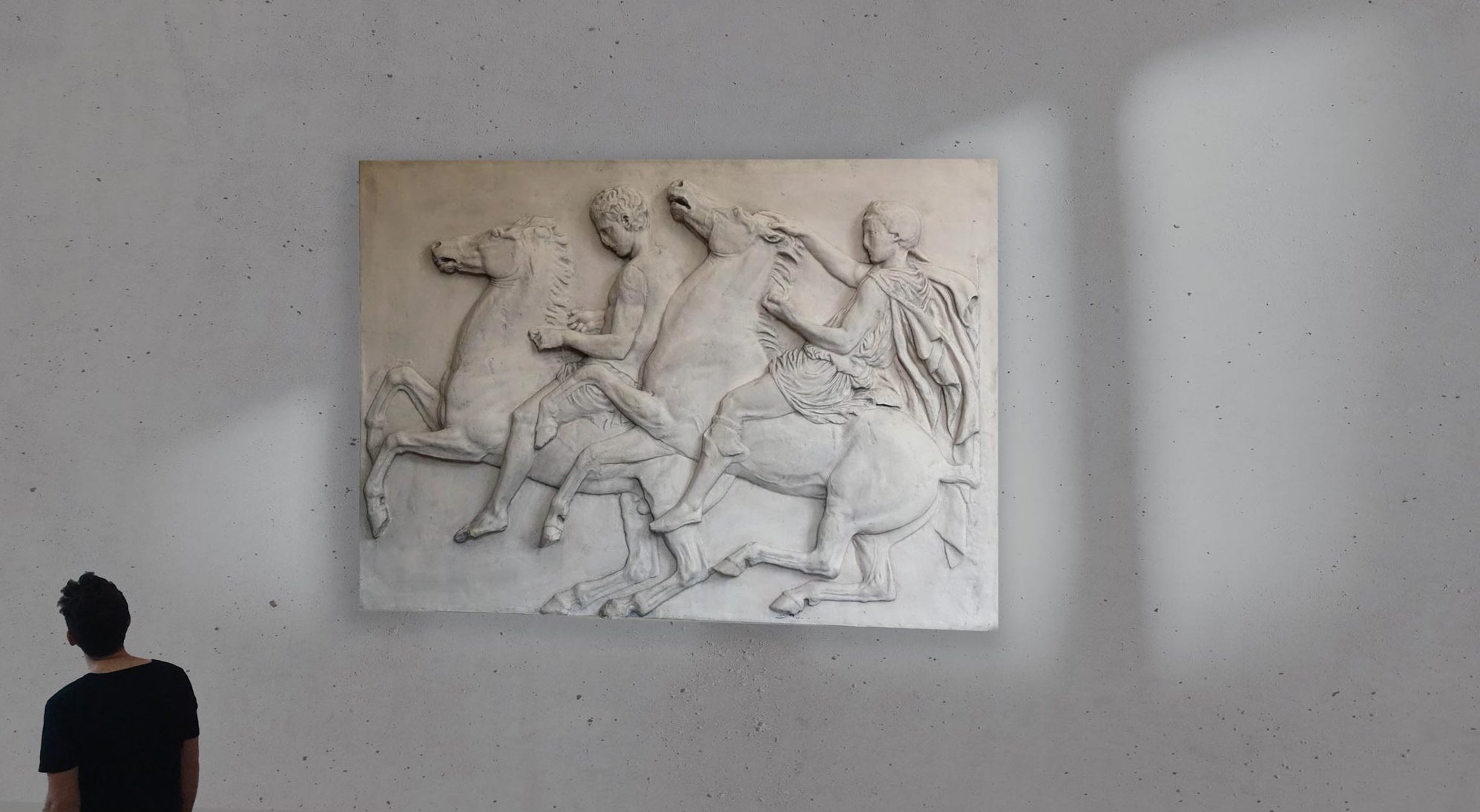