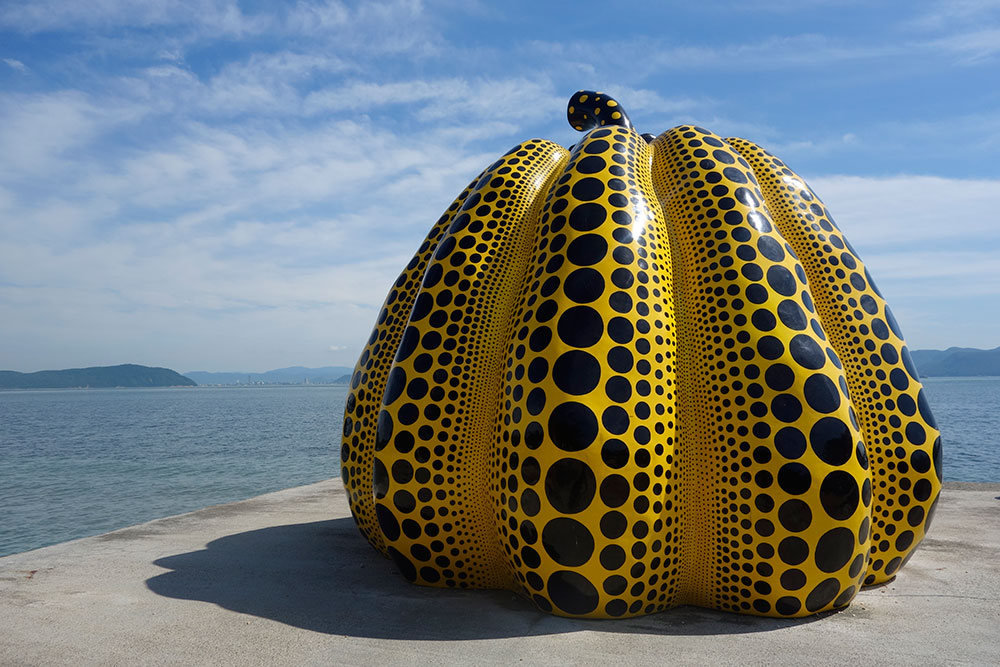 Naoshima is a sleepy island in the Seto Inland Sea of Southern Japan, now turned into an “art island” bursting with museums and installations.

Naoshima’s transformation into a unique art project began in 1987, when Soichiro Fukutake, the chairman of Fukutake Publishing, (now known as the Benesse Holdings), purchased the south side of the island.  A native of nearby Okayama, the billionaire art-lover has turned Naoshima into one of the most remarkable art and architecture destinations in the world.

The structures around Naoshima are super-hi-tech, futuristic constructions of grey reinforced concrete, with every next-generation innovation. But somehow they take you back to the principles of sparseness, simplicity and concentration that shaped the haiku, brush-and-ink paintings and old Noh dramas.

Benesse House is a stylish and sleek construction, with each room individually designed by the self-taught Osaka architect Tadao Ando. Its corridors are full of original contemporary canvasses and ghostly light sculptures projecting classic Japanese landscapes through the near-dark.

This is the essential appeal to the Benesse’s unusual hotel-within-a-museum setup: a thrilling intimacy with art. 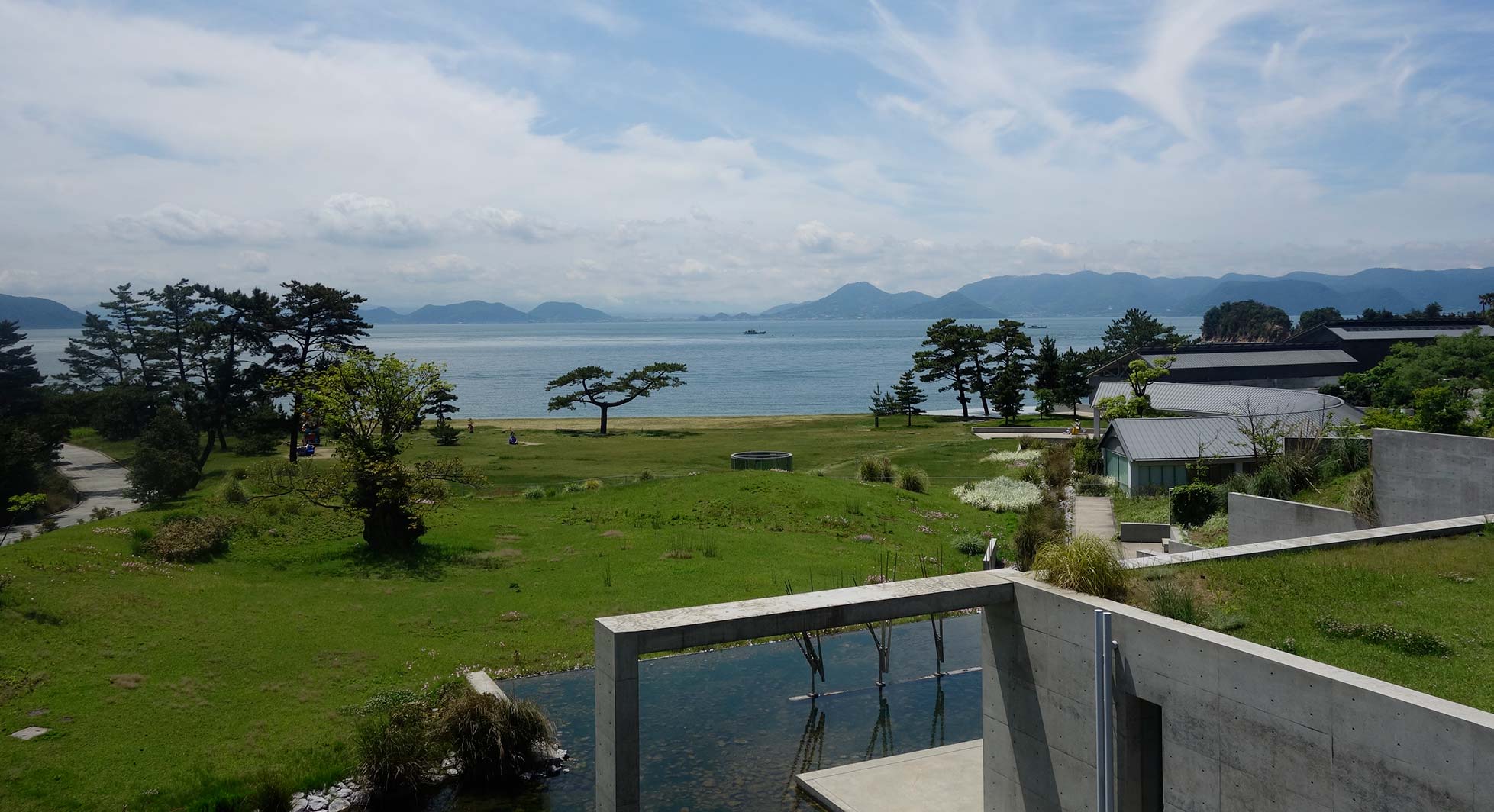 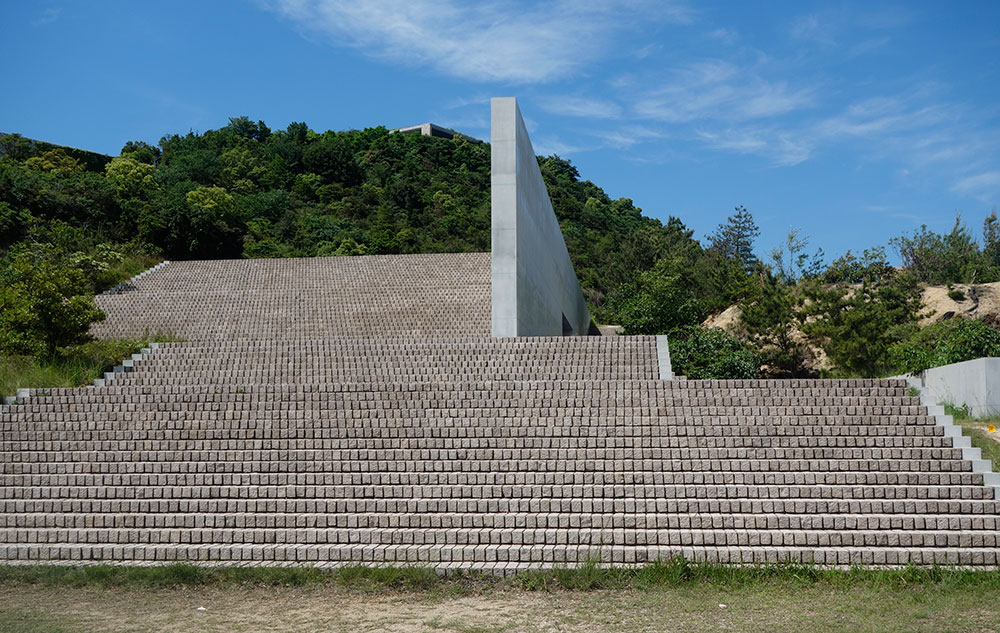 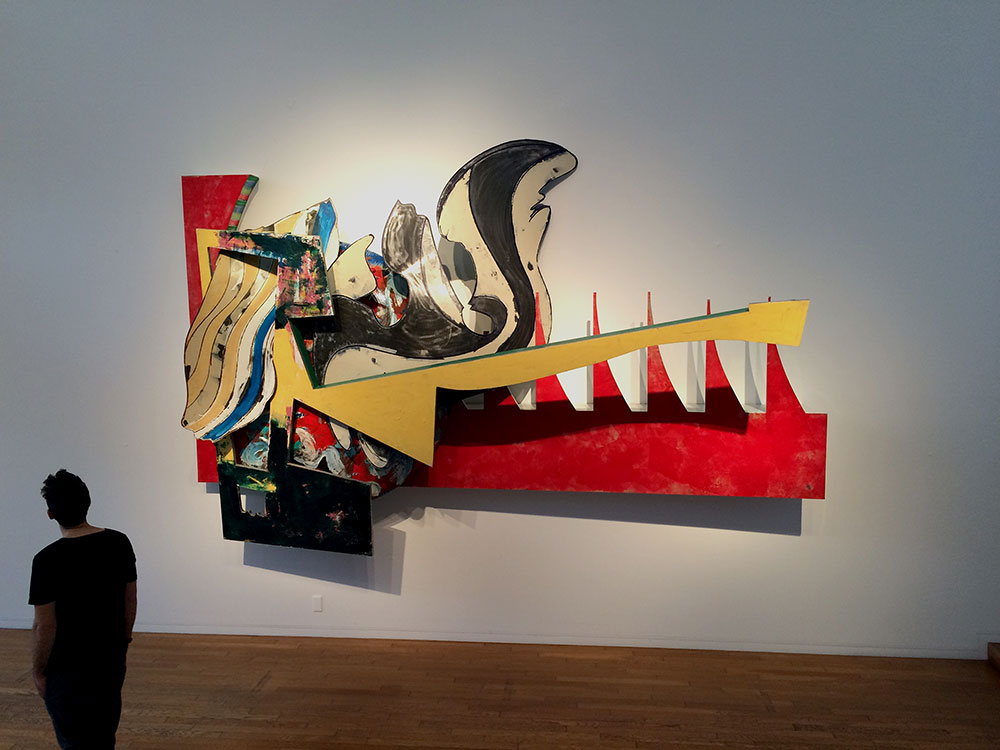 Rising to the challenge Tadao Ando completed Benesse House in 1992, then created a Benesse House Museum (with hotel rooms on the second and third floors) up the road. He then built what is now known as the Oval, a James Bondian series of six more rooms for guests on the top of a mountain behind the museum, reached by private monorail. In 2004, he finished the Chichu Museum which is a short walk away.

Chichu Museum’s breathtakingly ultra-cool spaces speak for the pristine futurism that makes Naoshima such a unique place. There are five major pieces – a set of Monet water lilies, a large chamber with a reflecting 6ft granite sphere at its centre by the American land artist Walter de Maria, and three light installations by the American James Turrell.

But rather than observing these pieces, you more or less inhabit them. In one Turrell piece – Open Field – you walk into a room flooded with an strange orange light. Then, one step at a time, you rise into another large room bathed in soothingly deep blue light. Turn around, and the people in the room behind look like art works. Turn back, and you’re in a kind of dream space.

A short walk from the Chichu is a new museum, opened recently, to show off the works of the Korean-born Lee Ufan –  again in a tall, grey, windowless Ando construction in a field. One of the pieces there, a single rock placed in front of a great earth-coloured slab, a light shining on it, looked like a moving representation of a figure praying. 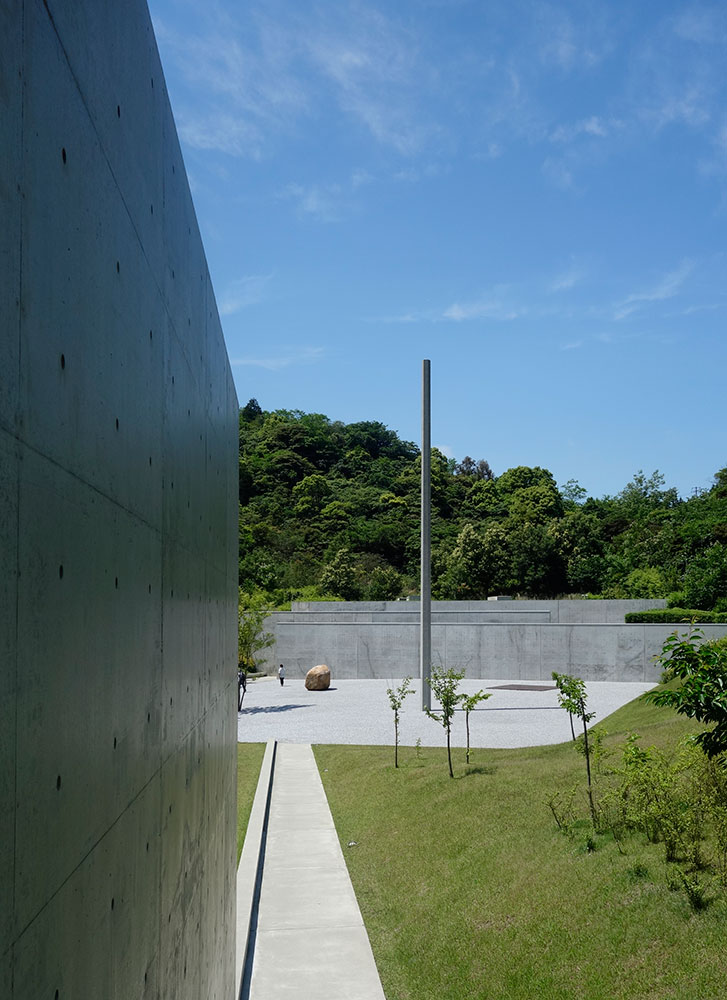 Naoshima is not like anything in the west, but more a homage to what Japan has been doing all along – cutting away distraction and using frames, light and silence to still the mind and train one in attention.

Many other works are strewn about the island in outdoor installations, creating a sort of treasure hunt for the visitor. 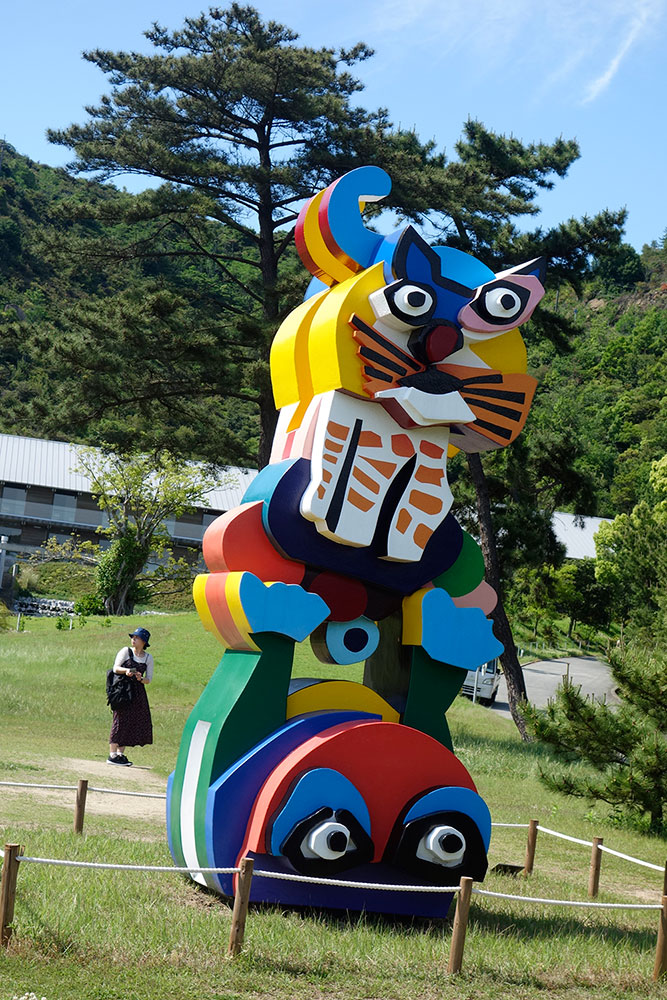 At the end of a pier, a jumbo-size, polka-dotted bronze yellow pumpkin squats above the sea – an iconic work by Yayoi Kusama. Beside a road, a band of 88 Buddha statues made from industrial slag blur the line between waste and art. As with so much of the work on Naoshima, the divisions between art and life are simply dissolved. 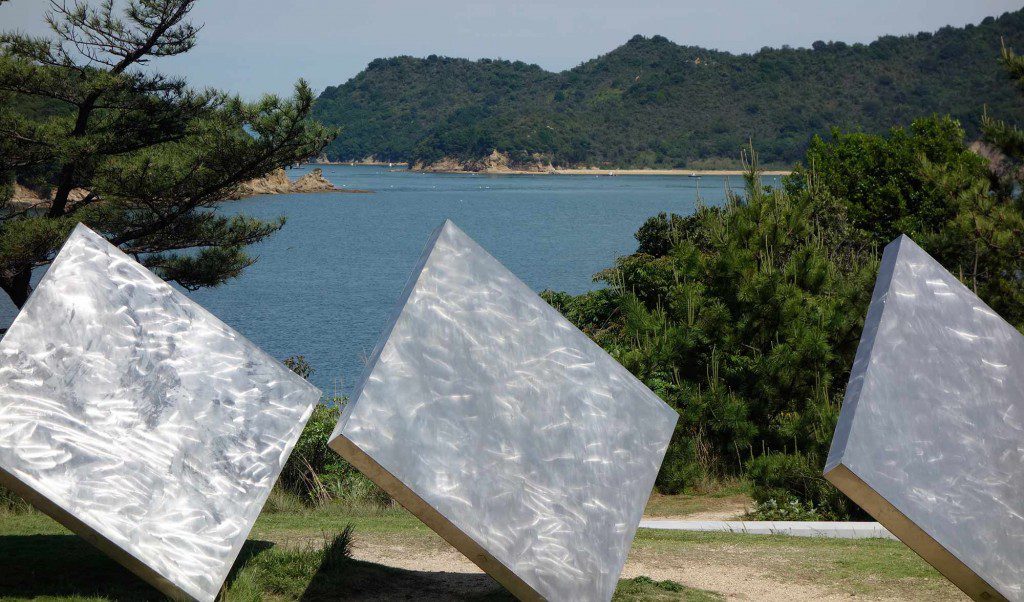