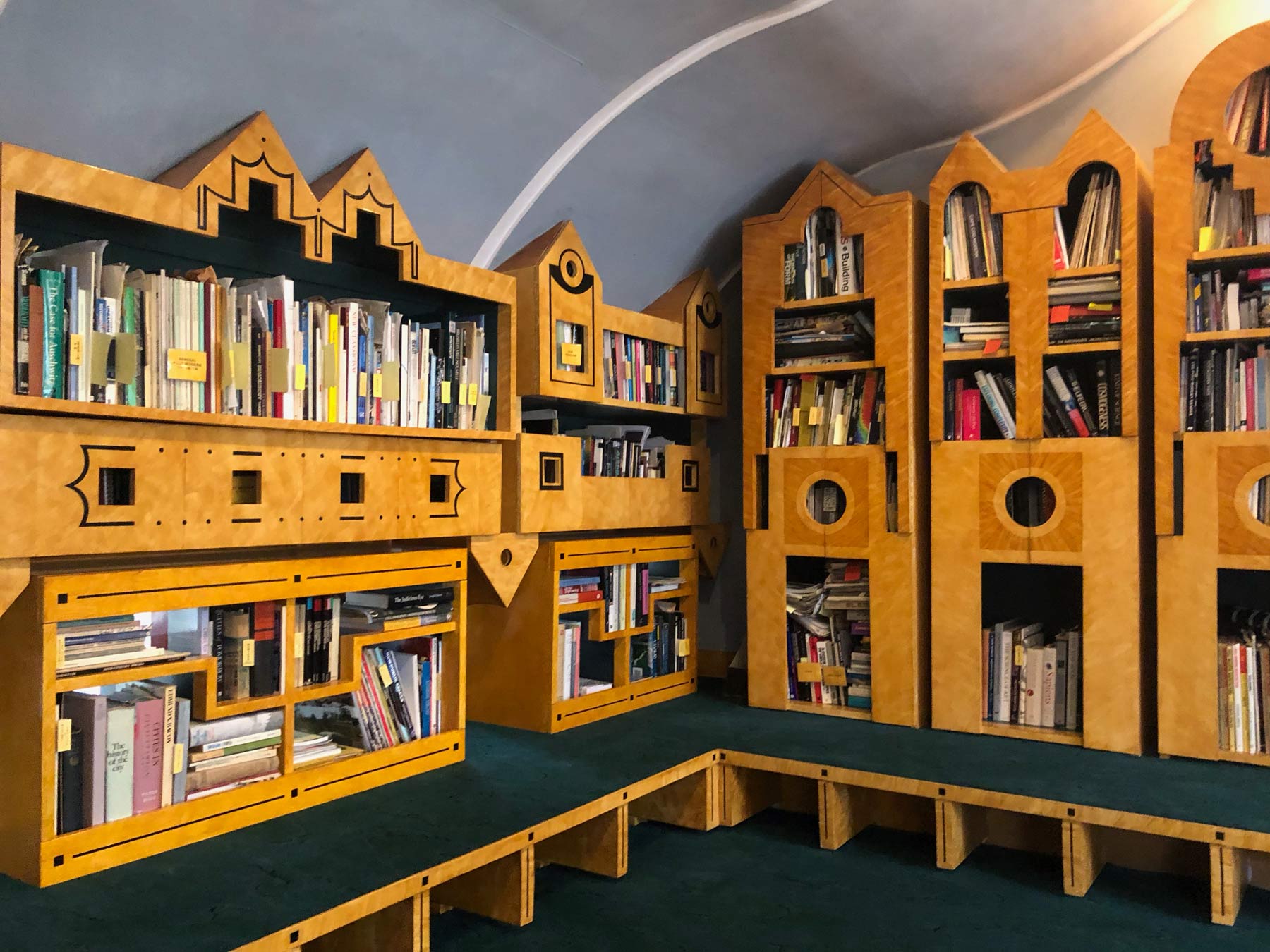 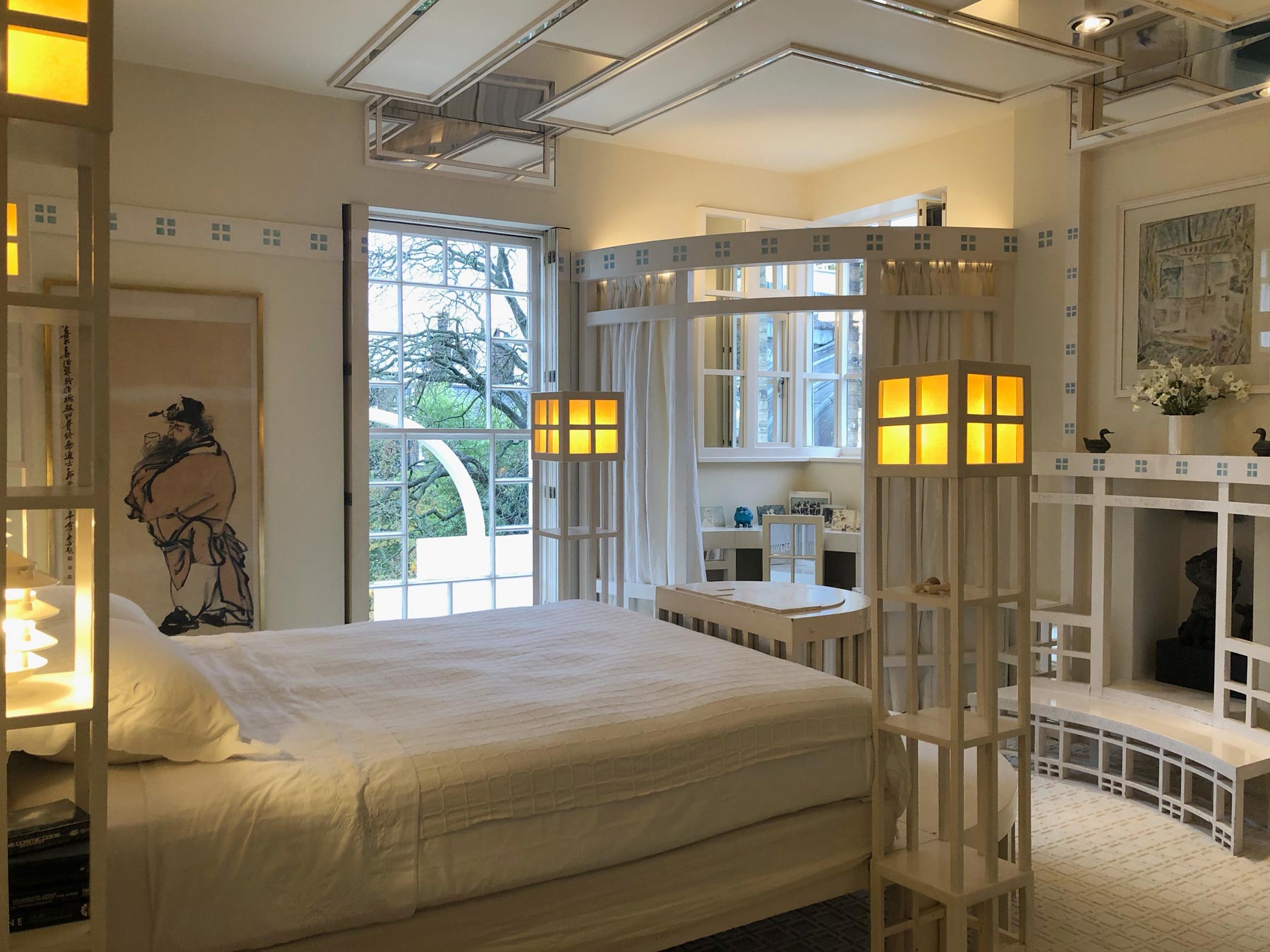 Can a house be a three-dimensional illustration of an idea? Has Charles Jencks, one of architecture’s most influential critics and a landscape designer, built his Cosmic House as his artistic manifesto?

The house, now Grade I listed, is a postmodernist landmark and Jencks, who died in 2019, designed his home between 1978 and 1985 with architect Terry Farrell.  Nesting in a well-heeled neighbourhood in Holland Park it does not seem that remarkable from the outside but prepare to be enthralled the moment you step inside.

The Cosmic House was conceived around the same time as Jencks was writing The Language of Post-Modern Architecture. The house was his manifesto to accompany the book, a collection of ideas about what to replace Modernism with.

The building is designed around a series of themes, all related to the cosmos and time. The ground floor is organised around the seasons including an ochre tinted “Indian Summer” kitchen.

Next you climb very steep spiral “solar” staircase adorned with shiny steel orbs and a swirling handrail, which is meant to symbolise both the double helix of human DNA and the orbits of the earth and moon around the sun. A beautiful mosaic commissioned from Eduardo Paolozzi rests at its feet and represents a black hole whereas all white bedroom is based around ideas of the square as the fundamental unit of architecture.

A definite showstopper is a Jacuzzi by Piers Gough and inspired by the dome of Borromini’s Baroque San Carlo Alle Quattro Fontane in Rome. Everything is infused with allusions and hidden meanings but sometimes it all seems a little too much.

The house connects to us through its extravagant interiors and architecture and through personalities of people who lived within its walls. It is a place that provokes and surprises, a museum and cultural space that enables us to have conversations, to relax in it. 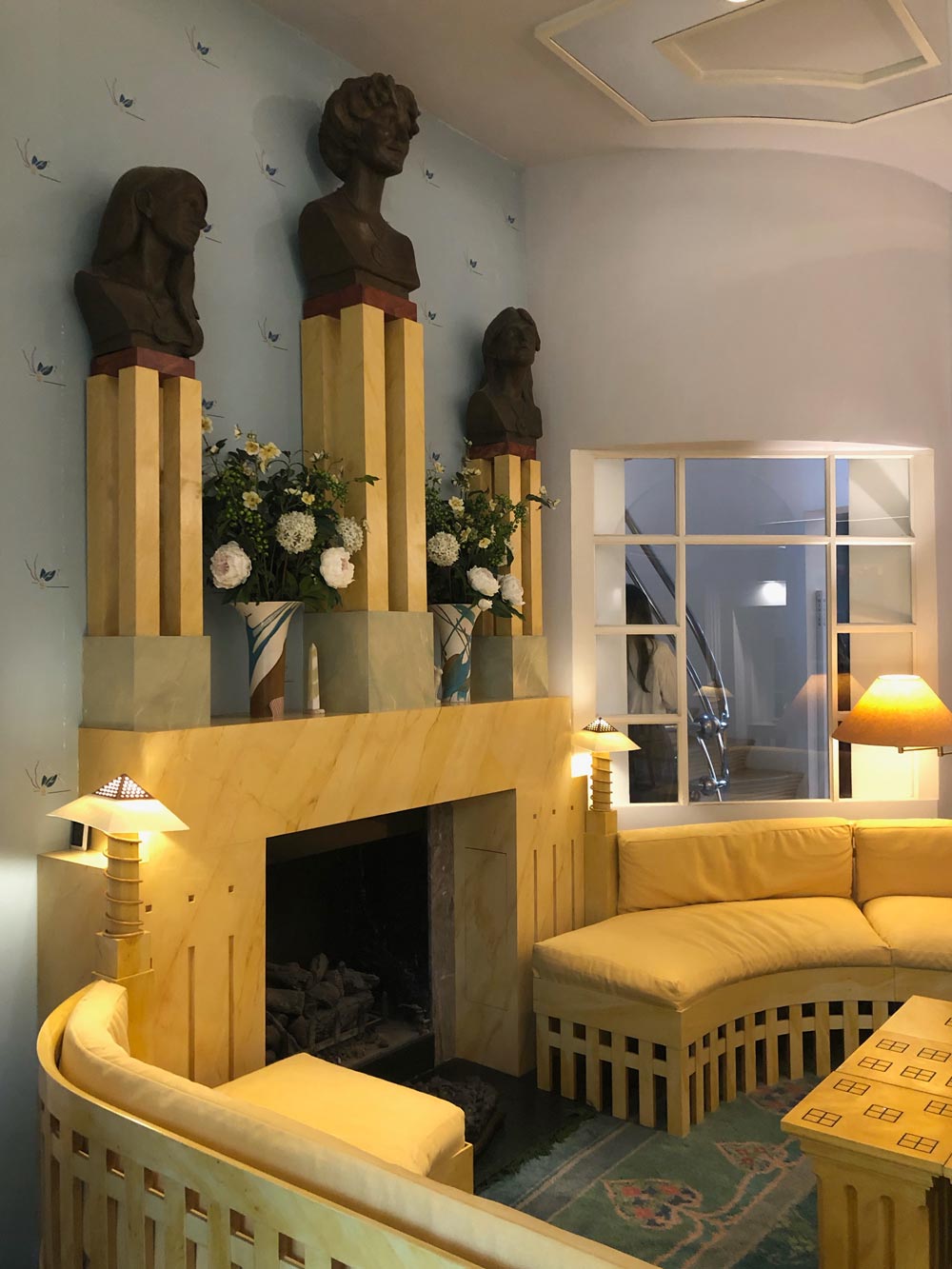 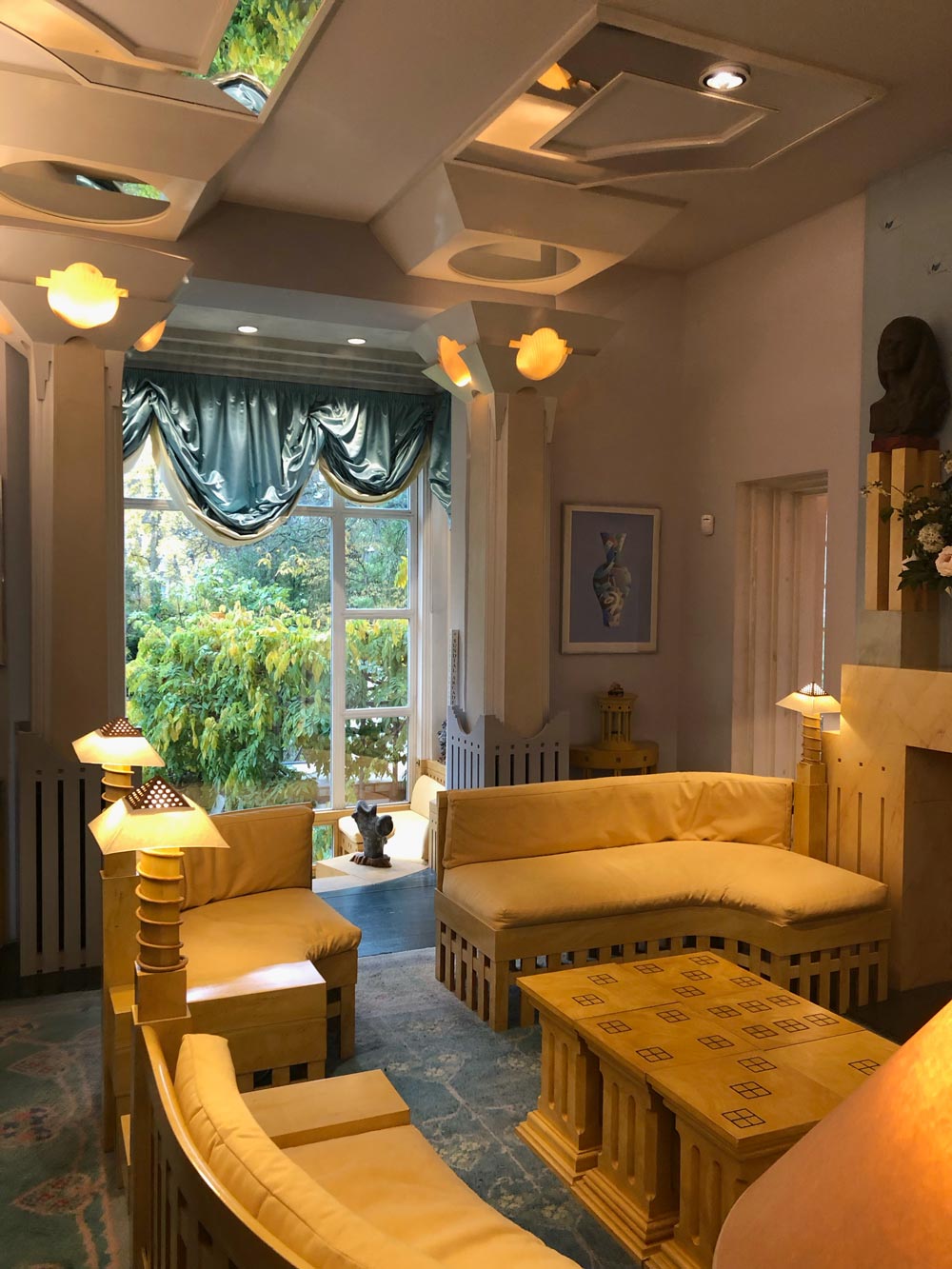 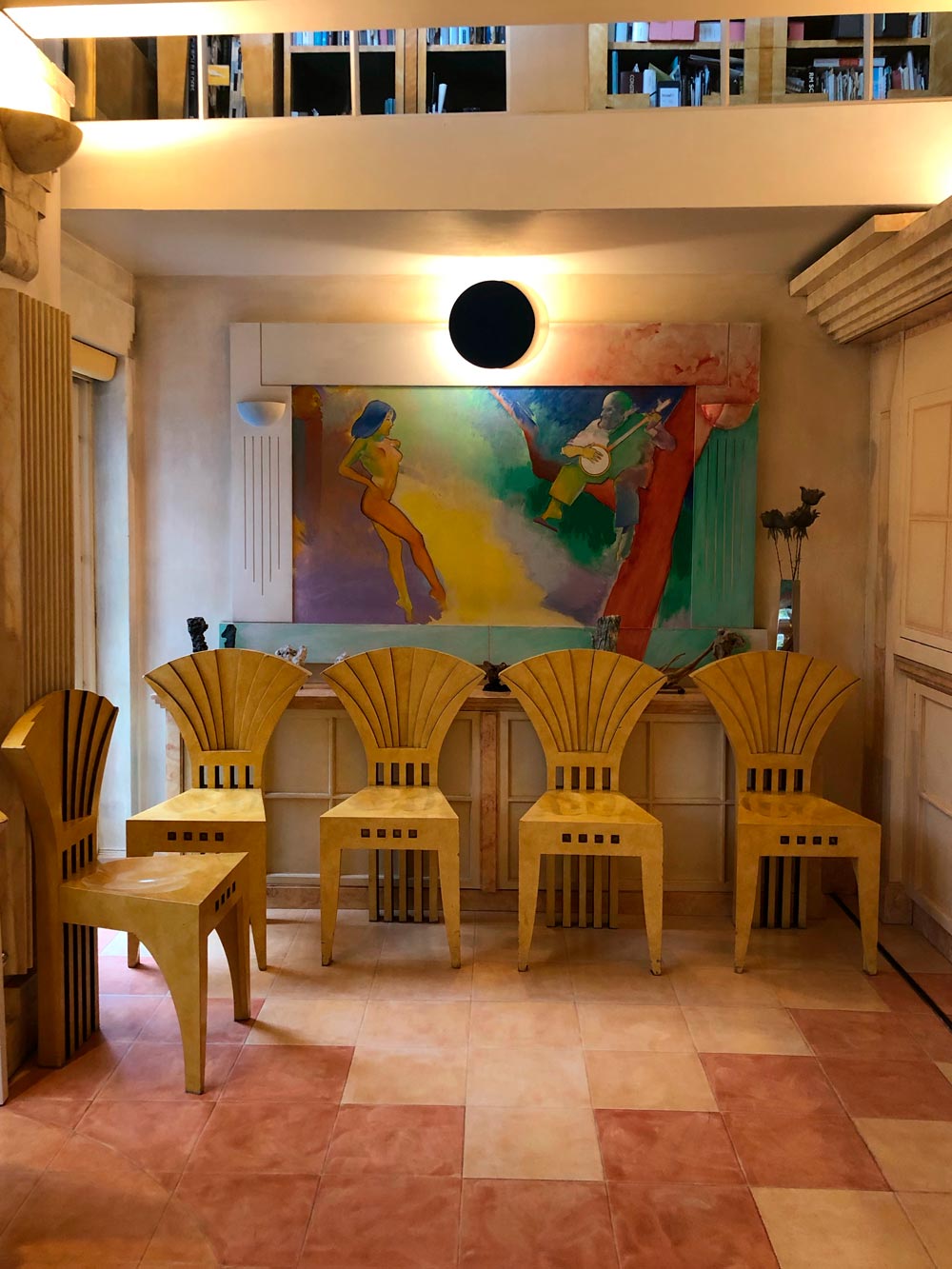 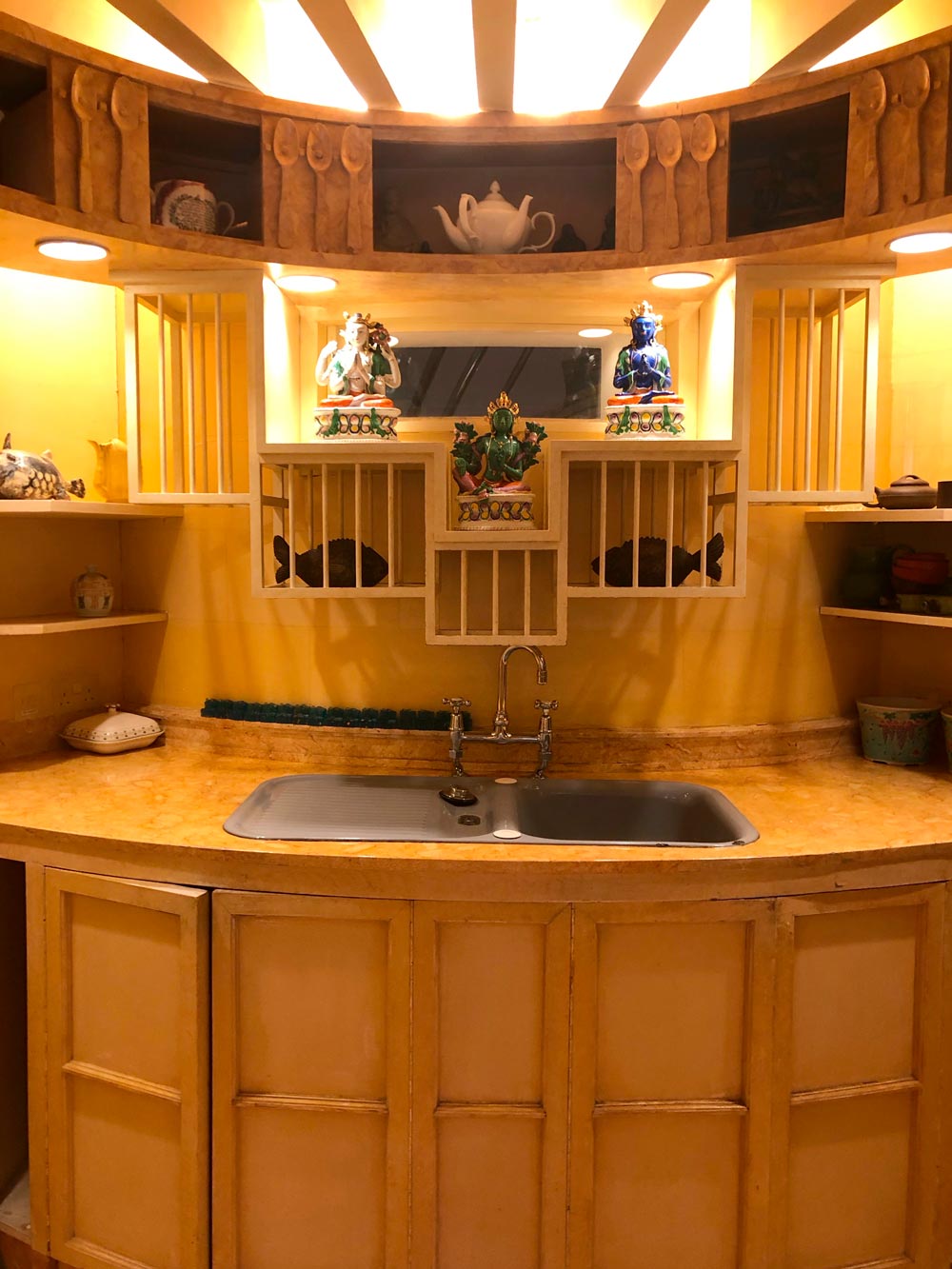 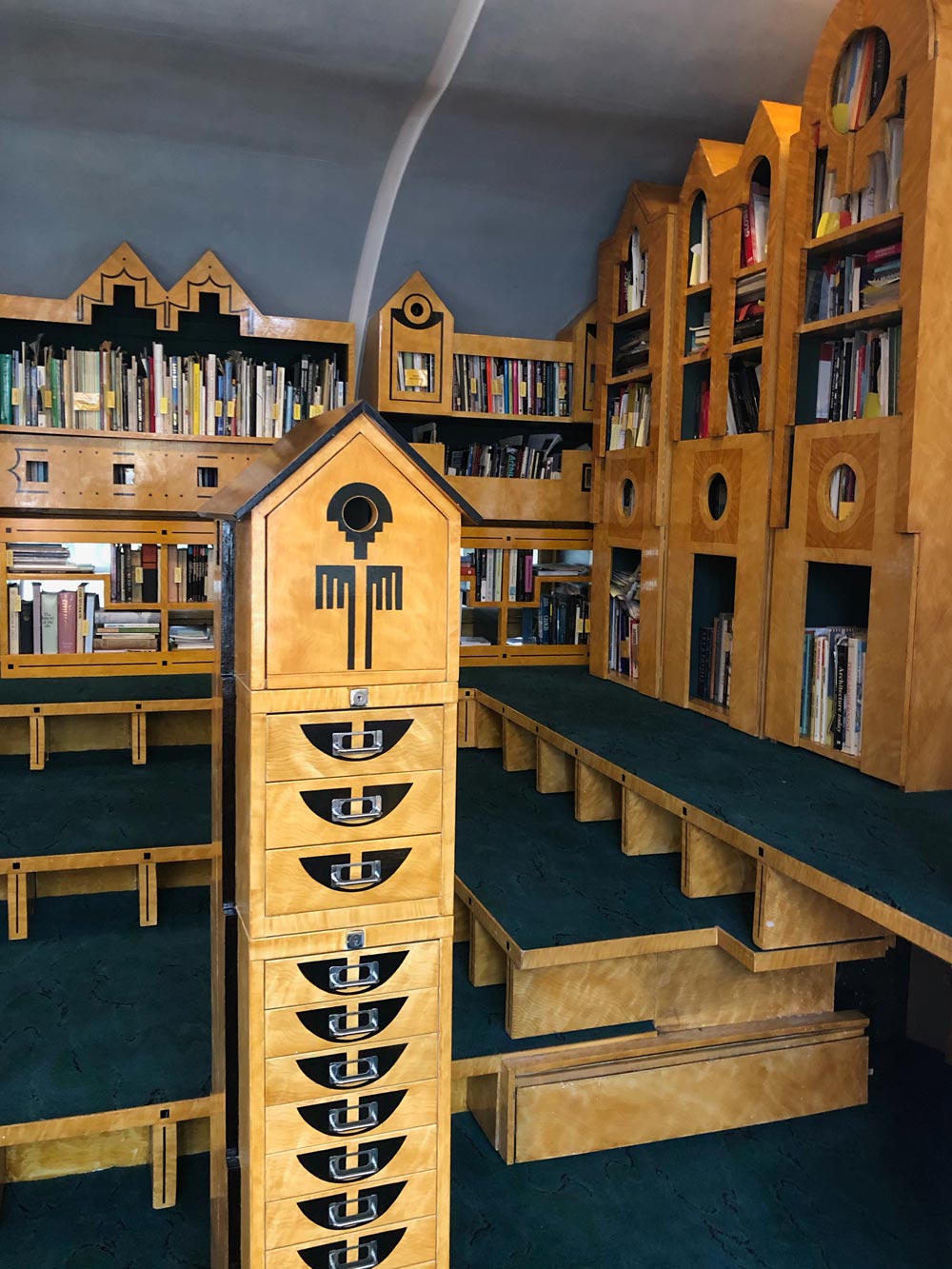 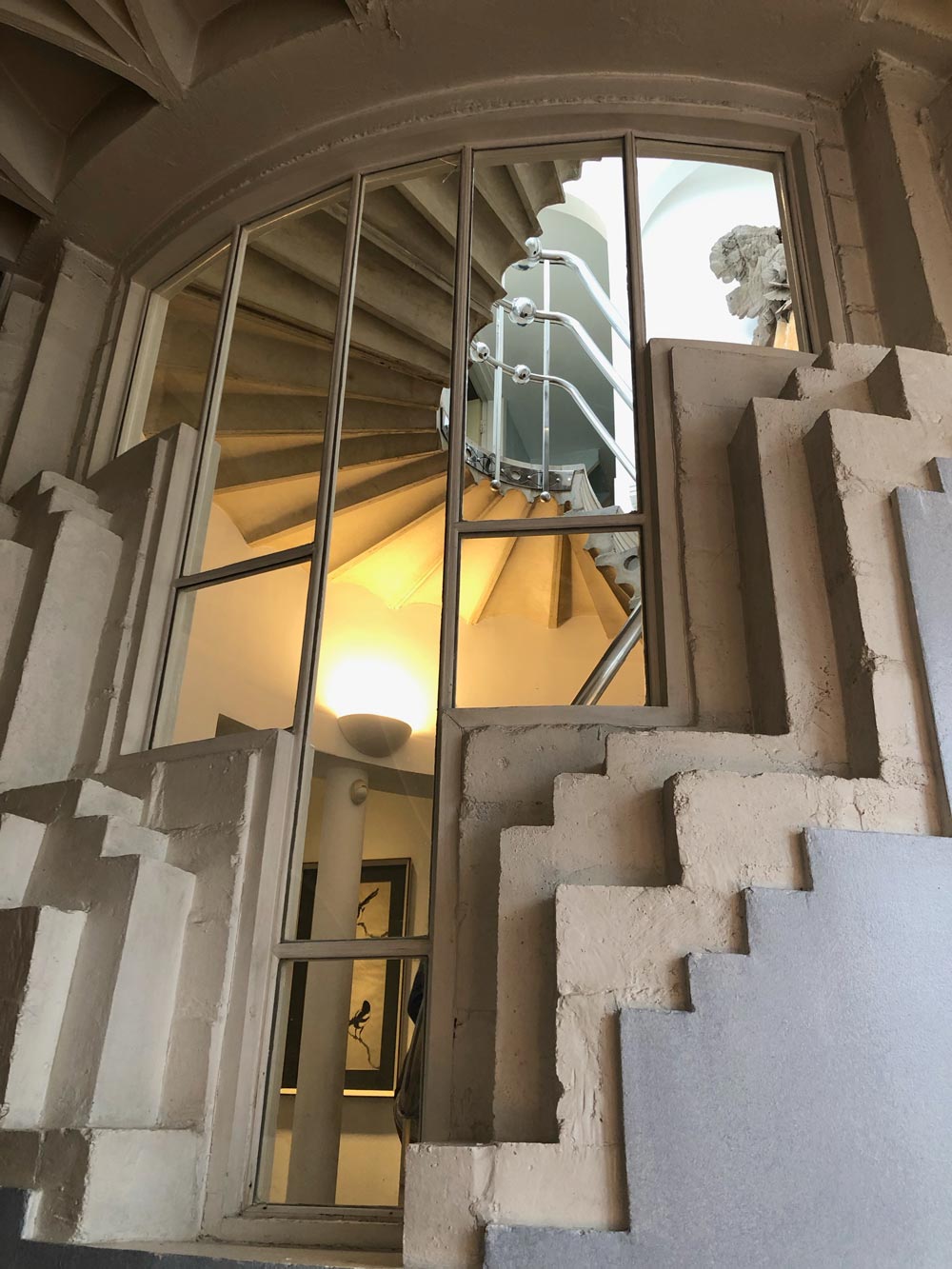 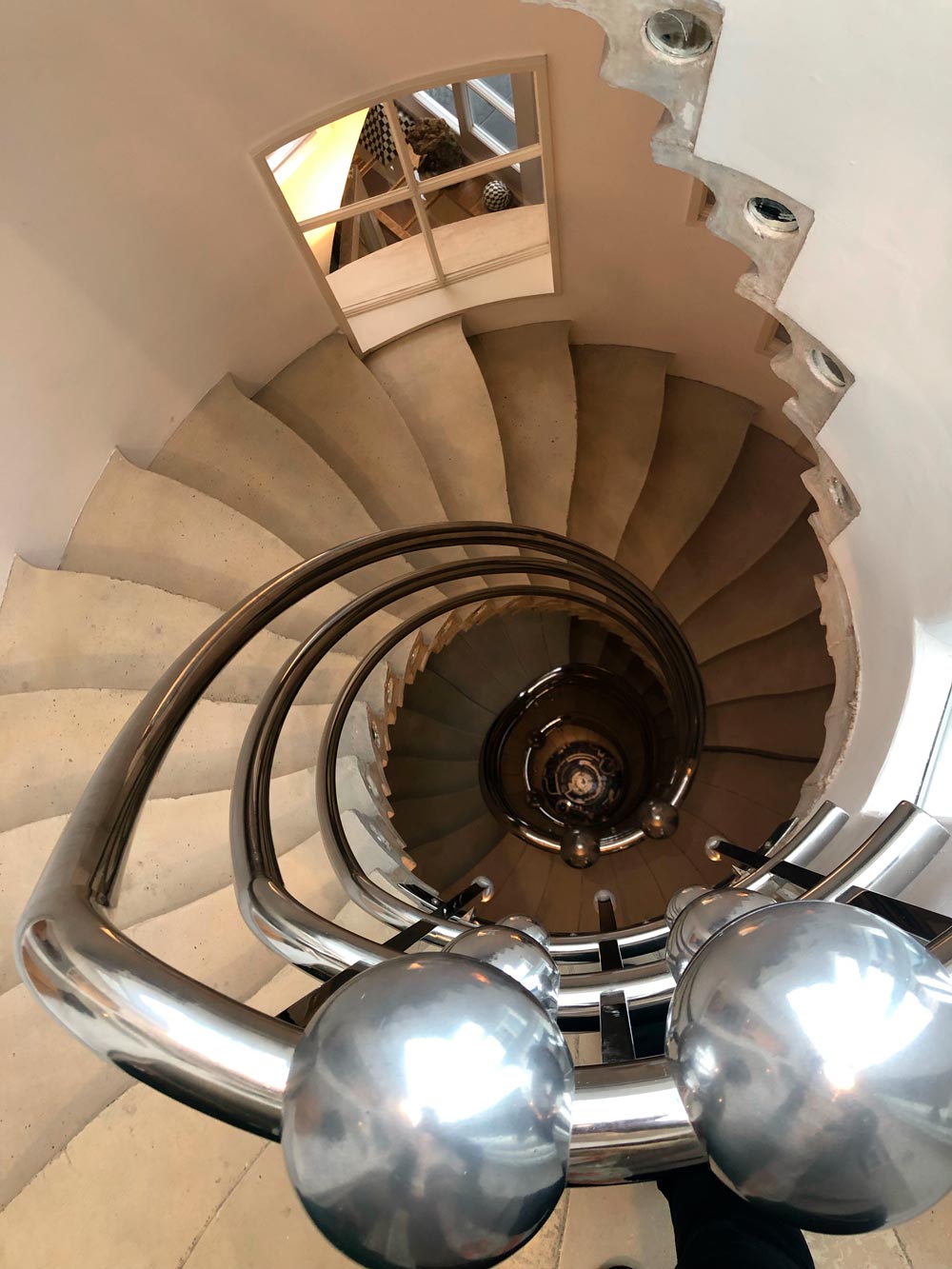 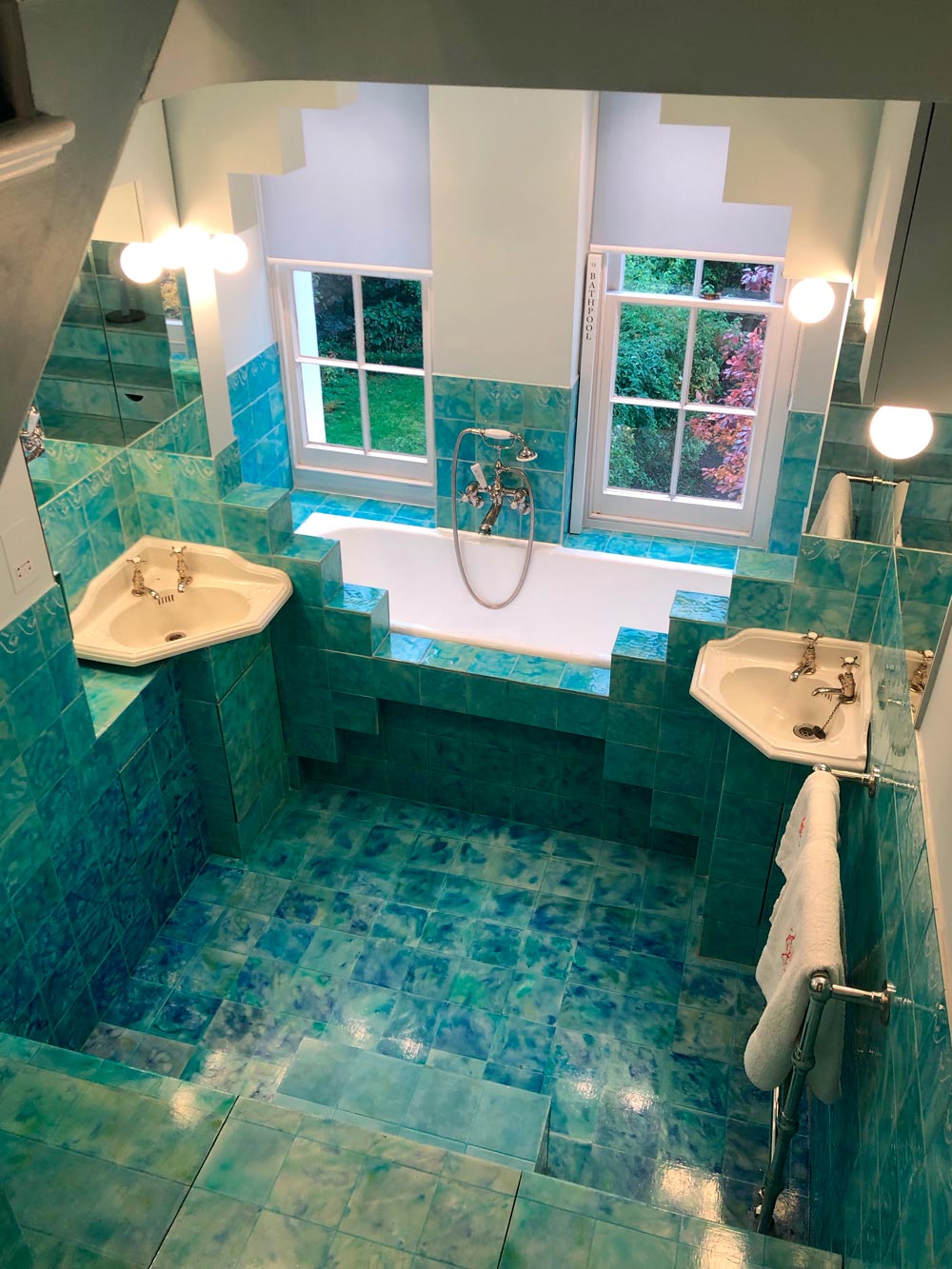