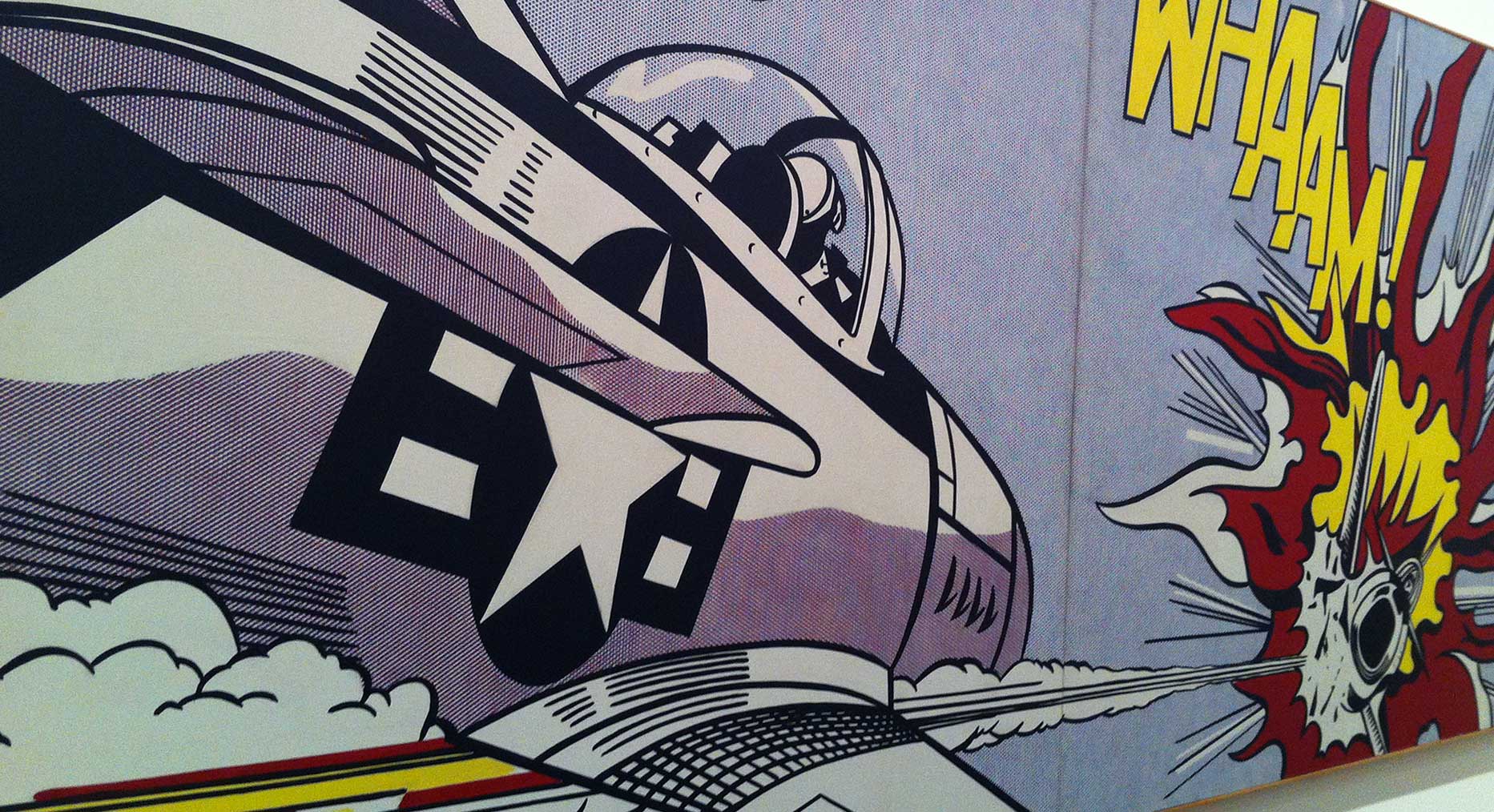 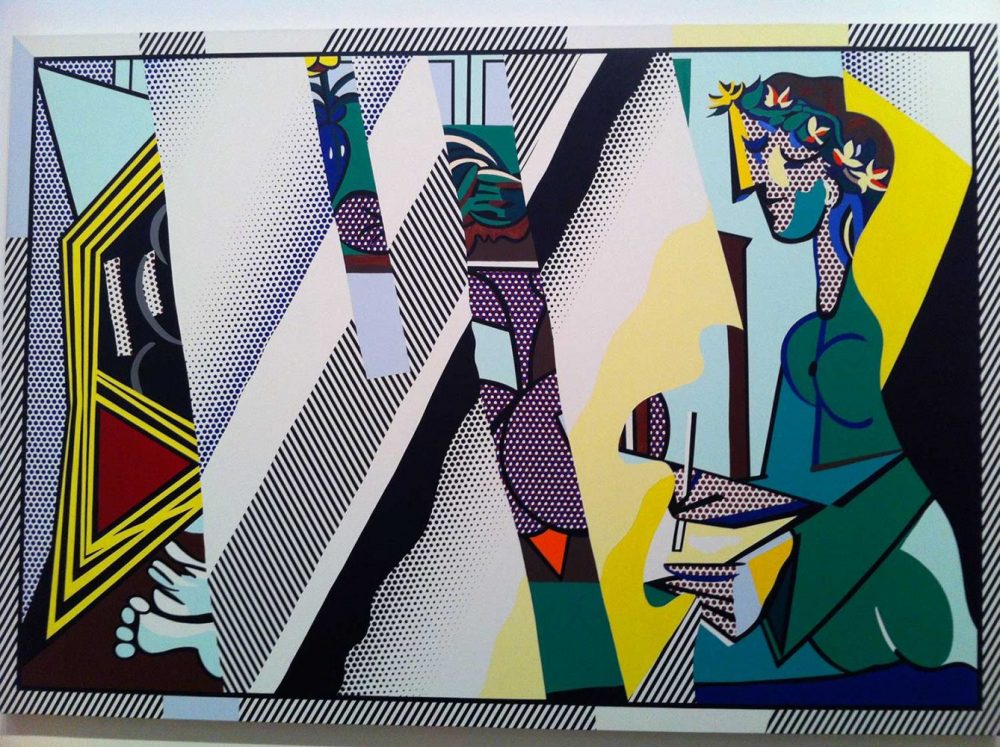 Roy Lichtenstein is renowned for his work based on comic strips and advertising imagery, coloured with his signature hand-painted Benday dots.

Pop artist, painter, lithographer and sculptor, he was born in New York in 1923. Painting was his pleasure, his inspiration. It was everything. He was easy going, charming and sociable.

Early in his career he often took his artistic ideas from mythology or from American history and folklore. He painted those subjects in many styles inspired by art from the 18th century through modernism.

In the early 1960s, while still teaching at Rutgers University, Lichtenstein began experimenting with different subjects and methods. He wasn’t a fan of comics per se. It was just that the nature of cartoons allowed him to distance himself from artistic image. The idea of transforming that into a painting really appealed to him.

He explored new ways of seeing and perception, constantly reimagining his subject and thinking about it more as a pure art than a subject.

He liked contradiction in art and thought that people mistake the character of painted line for the character of art but he claimed that it’s really the position of the line that is all important.